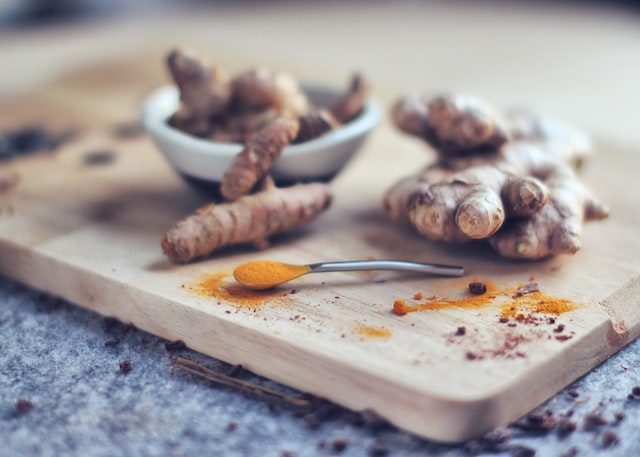 Jamu is a traditional herbal medicine that has been used in Indonesia for centuries. It is made from a variety of natural ingredients, such as roots, leaves, bark, and fruits, and is believed to have many health benefits.

There are many different types of jamu, and each is designed to treat a specific condition or ailment. For example, some jamu is used to improve digestion, while others are used to boost energy or improve the immune system.

One of the key ingredients in many jamu is turmeric, which is a plant that is native to Indonesia. Turmeric is known for its anti-inflammatory and antioxidant properties, and is often used to treat a wide range of conditions, including arthritis, skin conditions, and digestive problems.

Another common ingredient in jamu is ginger, which is also native to Indonesia. Ginger is often used to treat nausea, colds, and flu, and is also believed to have anti-inflammatory and antioxidant properties.

In addition to turmeric and ginger, other ingredients that are commonly found in jamu include tamarind, lemongrass, and soursop. These ingredients are believed to have many health benefits, such as improving digestion, boosting the immune system, and reducing inflammation.

Jamu is typically consumed as a drink, and is often mixed with honey or sugar to make it more palatable. It can also be made into a paste and applied topically to the skin to treat various conditions.

The traditional method of making jamu involves grinding the ingredients by hand, using a mortar and pestle. However, many modern jamu makers now use machines to grind the ingredients, which makes the process faster and more efficient.

Despite the popularity of jamu in Indonesia, it is not widely known or used outside of the country. However, as more people become interested in natural remedies and alternative forms of medicine, jamu is starting to gain recognition and popularity in other parts of the world.

Overall, jamu is a traditional herbal medicine that has been used in Indonesia for centuries. It is made from natural ingredients and is believed to have many health benefits, such as improving digestion, boosting the immune system, and reducing inflammation. While it is not yet widely known outside of Indonesia, it is gaining recognition as an effective and natural way to treat a variety of conditions.

The term jamu has Javanese roots. It is derived from the Javanese words jawa and ngramu, which stand for “mixing” and “gathering,” respectively (the ingredients). In general, this means “the concoction created by the Javanese” or “the concoction came from Java.”The second hypothesis claims that the term “jamu” alludes to the mantras that dukuns, the local shamans, spelled into the potion, and that jampi, an ancient Javanese term meaning “magic formula,” is where the term jamu originated. It is thought that dukuns first used jamu as one of the spiritual prerequisites (especially for black magic practices).

Despite being widespread throughout Indonesia, it appears that Java has the highest concentration of jamu culture. In the Javanese royal courts of Yogyakarta and Surakarta, where historical texts on herbal medicine are housed in the royal library and jamu medicine is prescribed to royalty and nobles in Javanese keratons, the jamu herbal culture is pervasive. According to Javanese folklore, jamu and lulur are responsible for the renowned beauty of putri keraton (princess and royal ladies) (traditional lotion).

Particularly in Central Java, Sukoharjo is thought to be one of the hubs of jamu tradition. Many of the women that sell Mbok Jamu Jamu come from this town. The statue of the jamu salesman has become synonymous with Sukoharjo in Bulakrejo thanks to the local traditional jamu herbal traders. It features a farmer and a jamu gendong herbalist carrying their goods. It is frequently referred to as the “jamu herbal seller statue.” Many large towns, including Jakarta, Bandung, Bogor, and Surabaya, recognize Sukoharjo areas, in particular sub-district Nguter, as the birthplace of Mbok Jamu gendong herbalist.

Jamu is thought to have started in the Mataram Kingdom period, which lasted for about 1300 years. The Liyangan archaeological site, located on the foothills of Mount Sundoro in Central Java, contained a stone mortar and pestle with a long cylindrical stone mortar, a kind that is frequently employed in the production of traditional jamu today. The location and artifacts date to the time of the Medang Mataram dynasty, which suggests that the jamu herbal medicinal tradition had already become established by that point. The bas-reliefs on Borobudur show people using a stone mortar and pestle to grind things, drink vendors, doctors, and masseuses tending to patients. All of these scenes could be seen as traditional herbal remedies and medical treatments in prehistoric Java. The word “Acaraki,” which refers to a special type of herb mixer and combiner (herbalist), was used in the Madhawapura inscription from the Majapahit period. 3,000 jamu recipes are included in a medicinal book from Mataram that dates to around 1700, and some of these recipes are described in the Javanese classic Serat Centhini (1814).

Indonesia is a huge archipelago with many indigenous plants not found in India and includes species akin to Australia beyond the Wallace Line, yet having a strong impact from Indian Ayurveda. Jamu may differ from region to region, and the recipes are frequently forgotten, particularly in isolated parts of the nation.

Jamu was (and still is) one of the spiritual practices of the native doctors (dukuns). But typically, it is made and prescribed by women, who also sell it on the streets. The various jamu remedies are often passed down down the generations rather than being written down. However, a few early handbooks have survived. Mrs. Kloppenburg-Versteegh wrote a jamu manual in 1911 that was used in families throughout the Dutch East Indies (modern-day Indonesia).

Jacobus Bontius (Jacob de Bondt), a physician in Batavia (modern-day Jakarta) in the early seventeenth century, was one of the first European physicians to investigate jamu. His books include details about Javan native medicine. Rumphius, a physician who lived and worked in Ambon at the beginning of the eighteenth century, wrote a detailed treatise on the use of herbal medicine by native people in the Dutch East Indies (modern-day Indonesia). He released Herbaria Amboinesis as a book (The Ambonese Spice Book). European doctors were very interested in jamu throughout the nineteenth century since they sometimes had no idea how to cure the illnesses they saw in their patients in the Dutch East Indies (present-day Indonesia). In 1829, the German physician Carl Waitz wrote a paper on jamu. A.G. Vorderman also wrote in-depth accounts of jamu in the 1880s and 1890s. M. Greshoff and W.G. Boorsma conducted pharmacological research on herbal remedies in the pharmacological lab at the Bogor Botanical Garden.

Initially, Indonesian doctors showed little interest in jamu. Two presentations on the subject were made during the second meeting of the Indonesian Association of Physicians, which took place in Solo in March 1940. In 1944, Indonesia’s Jamu Committee was created during the Japanese occupation. The popularity of jamu grew over the ensuing decades despite the fact that physicians had mixed feelings about it.

According to the Indonesian Herbal and Traditional Medicine Association (Gabungan Pengusaha Jamu/GP Jamu), home to a wide variety of herbal products, domestic sales of herbal and traditional medicine, including food supplements and cosmetics, are expected to increase by 15% to Rp 15 trillion ($1.23 billion) by 2014 compared to 2013 because middle-class consumers in Indonesia are becoming more health-conscious. The sales total includes Rp 3 trillion ($73.29 million) from Jamu.

President Joko Widodo, former first lady Tien Soeharto, businesspeople Mooryati Soedibyo and Jaya Suprana, and other prominent Indonesians are known to support jamu herbal goods. Joko acknowledged that he had been using the herbal remedy known as temulawak jahe—a concoction of ginger and curcuma—for 17 years. He felt that it had aided him in his everyday tasks and had repaired his liver and digestive system.

Jamu is frequently sold as a powder, tablet, capsule, and drinking beverage. In Indonesia, it is common to see women walking the streets selling jamu as well as jamu stores that sell only the ingredients or make jamu as needed by customers. Jamu is being produced in large quantities and exported. Quality, uniformity, and cleanliness are frequently questioned in both locally produced and imported versions.

There are hundreds of herbs for jamu prescriptions, some are:

Non-herbal materials acquired from animals are also often used in jamu mixture. Among others are:

Interested in the herbs we use in our drinks? Then head over to our dedicated JAMU Spices page.